The Best Sleep I've Ever Had: Sheraton Macau Hotel at Cotai Central Review 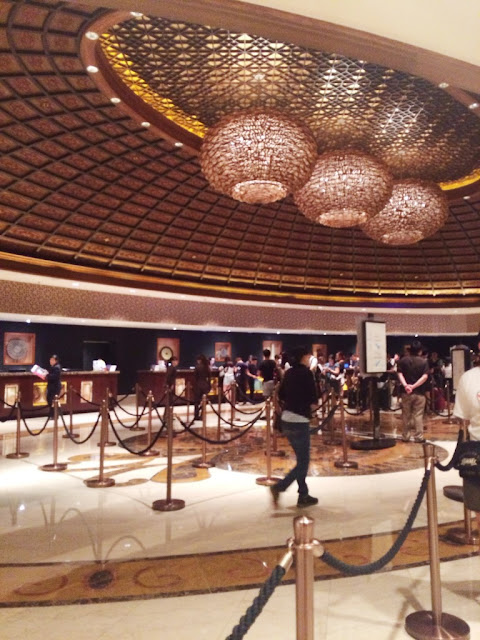 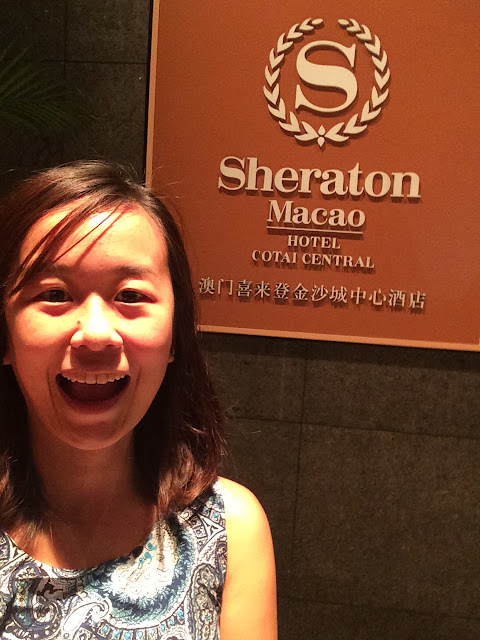 I was invited on a trip to Macau recently and was put up in Sheraton Macao on Cotai Central. Cotai is the name of the reclaimed land in Macau, and is where popular attractions like the Venetian, Galaxy, City of Dreams and soon-to-be-opened Studio City are located. This particular Sheraton has over 3,000 rooms spread across two towers – Earth and Sky, and holds the record of being the biggest hotel in Macao (at time of publishing), and the biggest Sheraton in the world.

The hotel room I was put in, the Deluxe Club, allows check in from the Club Lounge on Level 4 – a quiet respite from the bustling lobby on the ground floor, which overlooks the casino. This is truly welcome, because the amount of human traffic on the ground floor is unbelievable!  At check-in, we received a small glass of cold juice and a cold towel, before being ushered to our rooms. Guests with Club privileges also had buffet breakfast on the Club Lounge floor. 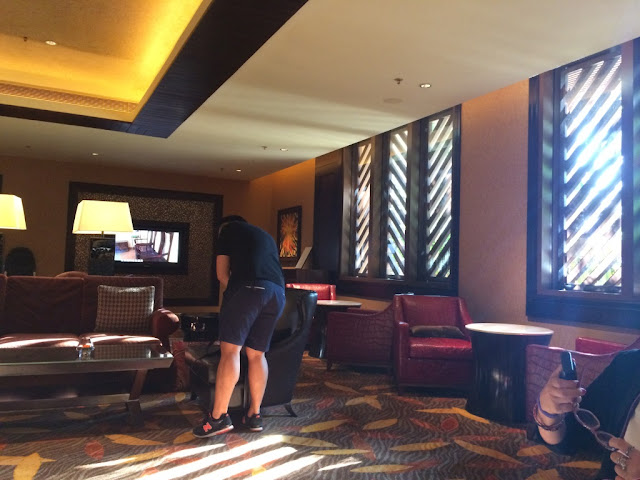 My room was 2850, an almost-pool facing room on the 28th floor that was located at quite a walk away from the elevators. Deluxe Club rooms come with a signature Sheraton Sweet Sleeper bed, which has been touted to reduce fatigue and improve blood circulation (But then again, you may argue that those are effects of sleep in general, hahaha). Anyway, you know it’s going to be a fantastic sleep when your bed has its own paragraph in the hotel press release. And I’ve been raving to anyone who would listen that it’s the best bed I’ve ever had. 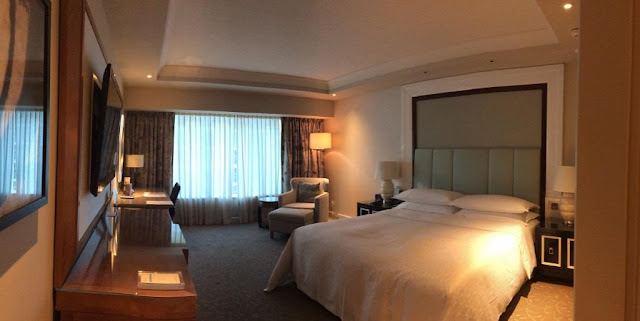 There are the usual amenities you’ll find in a hotel room – TV, minibar, writing desk blah blah blah. Extras I spotted were the iPod dock and a folding ironing board (which I had difficulty opening and ended up using flat on the floor) and torchlight in the cupboard. Terry cloth slippers, bathrobes, hangers (that are not attached to the cupboard, yay!) and a digital safe make up the rest of the lighted cupboard’s contents. Shampoos are Sheraton branded (mandarin and mint scented, so yummy!), bottles of water available for your consumption (no idea why they placed these in the toilet, of all places). 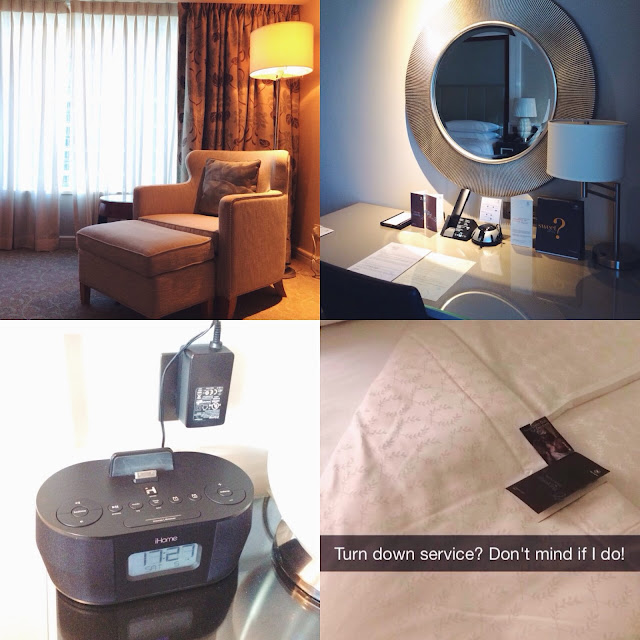 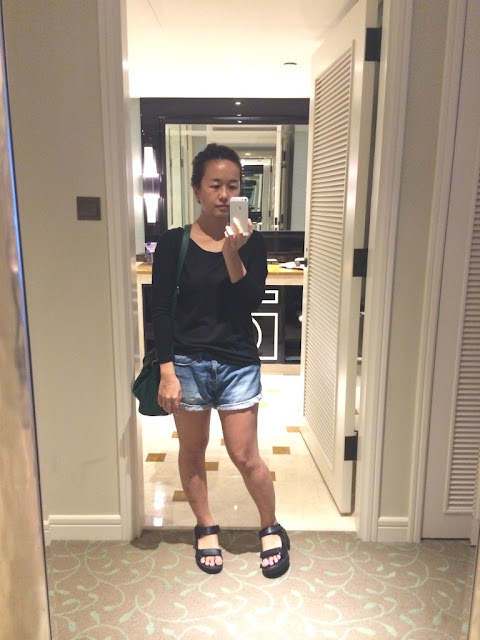 (I didn't see it, but) the Family Suites in Sheraton Macao are something special for the kids. Not only are there bedrooms for kids, but these are kid-sized and kid-themed bedrooms! I’m not sure if it’s Kungfu Panda, Shrek, How to Train Your Dragon or Madagascar, but the kid’s bedrooms are decorated with merchandise/bedsheets from these Dreamworks animations.

There are two fabulous pools for your use. My room was facing the Jaya pool, which was closed on the day I wanted to see it. The other pool, Sala, is a more family-friendly attraction. I say attraction because it had, like, 9 pools scattered around. Some were free-form, there was one that was slim and thin, and others surrounded cabanas. Some of the cabanas were decked out in Dreamworks animation wallpapers and had kid-sized tables and chairs in them, so cute!

Sheraton is connected to two other hotels (Conrad and Sands) through the Shoppes, a network of shopping malls. The Shoppes that connects these three are “Shoppes at Cotai Central”, and across the street you will find two other Shoppes – “Shoppes at Four Seasons” and "Shoppes at Venetian”.

I enjoyed my stay at Sheraton very much and would recommend it for any traveler looking for a place to stay in Macau, for its satisfactory accommodation, excellent location and host of amenities that are great for the whole family. Tourism as a whole in Macau is booming and growing at a very quick pace, and hoteliers have already established themselves all over the island - so you as a tourist will actually be spoilt for choice!
Posted by Aisha at 12:46 AM